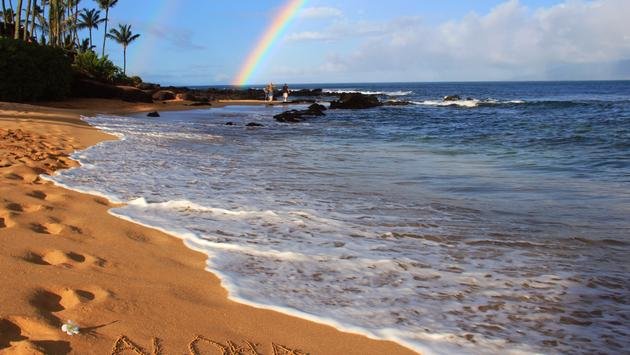 Hawaii's Department of Business, Economic Development and Tourism (DBEDT) released its fourth-quarter '2022 Statistical and Economic Report' on Wednesday, revealing insights into the tourism component of the state's present and forecasted economic condition.

Astonishingly, it claims that the Aloha State stands to circumvent any fallout from the economic recession next year that's been projected for the U.S. in 2023.

Despite the global economic turndown, The DBEDT report says that the current and continuing strength of Hawaii's domestic tourism demand, combined with the gradual return of international visitors, will most likely shield it from the negative impacts of any impending recession.

In its fourth-quarter forecasting, DBEDT kept the state's economic growth projections for the rest of 2022 and 2023 that were made in the third quarter unchanged, despite a downward revision for the overall U.S. economy. While U.S. economic growth in 2022 is expected to come in at 1.8 percent and just 0.2 percent in 2023, Hawaii's growth is expected to register 2.6 percent for 2022 and 1.7 percent for 2023.

"Since the last DBEDT economic forecast in August of this year, the state's economy has remained firm, with improvements in major indicators," said DBEDT Director Mike McCartney.

As 2022 comes to a close, tourism arrivals to Big Island, Maui and Kauai have already recovered to 95 percent of what they were in pre-pandemic 2019, exceeding all previous expectations. Beat of Hawaii observed that only Oahu has been slow to see a rebound to normalcy, seeing less than 80 percent of 2019 levels. About half of Oahu's tourist arrivals historically come from other countries, and international visitor numbers remain low.

In the first 10 months of 2022, the state welcomed 7.6 million total tourist arrivals, equivalent to 88.6 percent of visitor volumes seen during the same period in 2019. There were 13.8 percent more U.S. visitors than in the same period of 2019, but international arrivals only came in at 38.1 percent of what they were in that pre-pandemic era.

While arrival numbers are still slightly shy of the pre-pandemic norm, tourist spending in the first 10 months of 2022 actually grew by 8.5 percent over the same period in 2019. It's anticipated that visitor spending in December and January is also likely to be at or near record highs.

The state is predicting that, by the end of this month, Hawaii's overall visitor count will come to 9.3 million, as compared with the 10.3 million recorded in 2019.

For the latest travel news, updates and deals, be sure to subscribe to the daily TravelPulse newsletter here.

WTTC Reveals the Top US Travel and Tourism City Destinations

How to Experience Panama's Cuisine

Why Mexico's Top Tourist Destinations are Safe to Visit

Netflix accidentally posts guidelines for cracking down on password sharing